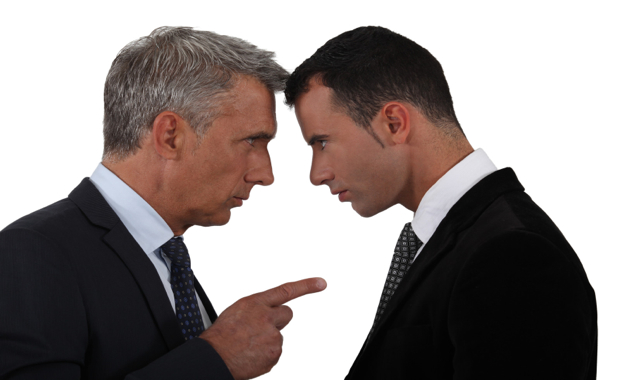 Baby Boomers and Generation Y are locked in tight competition with each other for apartment stock in and around the Brisbane CBD, according to Place.

Place managing director Judy Goodger said factors such as being more active, being closer to work and entertainment, and the desire to leave the car at home were combining to spark a surge of demand for inner-Brisbane high-density living from the opposite generations.

“Baby Boomers have always represented a strong portion of the market in the inner city, but in the past 18 months I’ve seen a noticeable upswing in the amount of people in this generation seeking CBD living instead of settling in the suburbs,” she said.

“What we have seen – and will continue to see in the coming cycle – is that Baby Boomers have raised their children, the kids have moved out, and now these couples are selling the suburban home they’ve been holding onto to move into an inner-city dwelling.

“There is a new wave of buyers now though, with Gen Y also having a very strong desire for the inner-city lifestyle, resulting in a two-pronged surge of demand for high-density housing in these areas.”

Ms Goodger said in the past Gen Y and Baby Boomers had opposing living criteria, with the former looking for suburban homes further from the city, but it had changed in recent years with young couples desiring smaller one and two-bedroom apartments to be closer to work and play.

“We see this anecdotally, but it is also reflected in the data with the huge buyer interest for inner-city units from both generations reaching an unprecedented level,” she said.

Ms Goodger said it was evident that the strong demand for apartments from both Baby Boomers and Gen Y extended not just to the CBD, but to surrounding suburbs including New Farm, Newstead, Teneriffe, West End, Highgate Hill, Fortitude Valley and Hamilton.

“These areas provide the ultimate lifestyle that everyone desires – they are close to the city, they have excellent amenity and access to public transport, and they have that trendy feel.”

She said while both Baby Boomers and Generation Y desired this close proximity to everything, older buyers also required very high-quality – and often prestige product – with high levels of security.

Boost the Value of Your Commercial Property with Automatic Doors 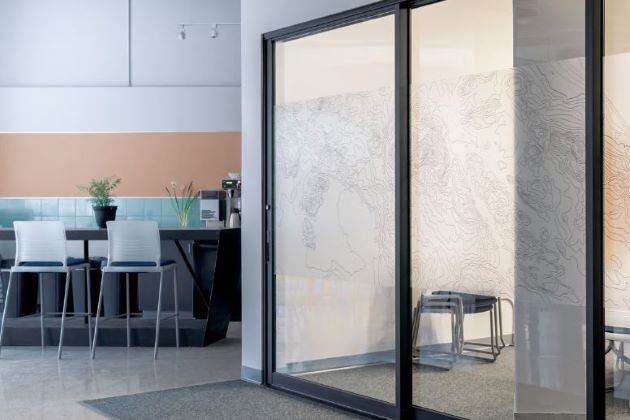 Automatic doors allow easy access into the building and have hands-free sensors to even be used by individuals requiring assistance. This makes your building cater to virtually everyone with different mobility capabilities. Furthermore, these doors also make it easier for building management to move stuff in and out of the estate.

Imagine hundreds of individuals entering and exiting from the same entrance, resulting in poor cleanliness and hygiene. Using an automatic door makes it easier to maintain the hygiene of the entrance. You may not need to clean the door regularly but still wiping it would be necessary to get rid of the dirt build-up and make the door glass shine.

Installing an automatic door provides a great deal of security according to your requirements. You can choose from a plethora of different models with automatic sensors or contact the manufacturer to make a custom door for your property. Stronger locks, sensors, and different glass strengths are available if you want to reinforce the door while controlling it from the surveillance room of the commercial property.

For every commercial business, time is money. If your commercial property still has a difficult-to-operate entrance gate, then an automatic gate might be worth considering. Depending on your requirements, you can easily benefit from an automatic door for your business, as the door can be operated remotely or through sophisticated sensors, allowing access to only authorized personnel and vehicles. For example, if you are running a logistics business, installing an automatic door would save time that your employees would have spent when logistics vehicles are coming in and out. This saved time benefits the employer financially and results in better business outcomes.

We hope the information we shared with you could help you better decide on an entrance door. To get the best outcomes, always review the available options, compare them and then move on to make your final decision.

How to Manage an Airbnb Property: 4 Expert-Approved Tips 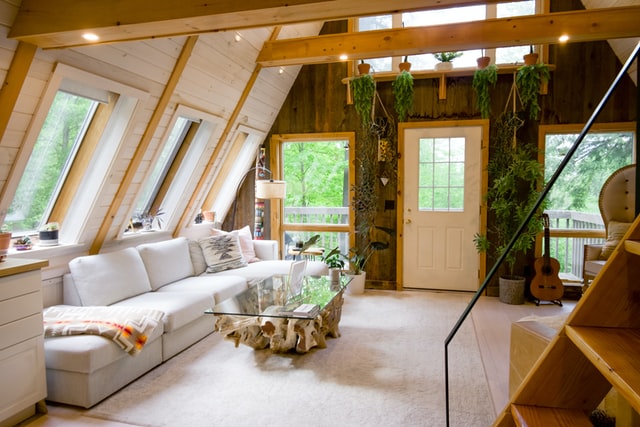 Being an Airbnb property manager can be a rewarding and lucrative career path. Because the short-term rental industry is constantly growing, now is an excellent time to delve even deeper into property management. It is a low-risk, low-investment venture with enormous potential for profit.

What Does It Take To Become an Airbnb Property Manager?

Even though this can be a highly lucrative career path, it is far from easy. To become an Airbnb property manager, you don’t really need a degree or a special qualification. You must, however, be ready to put in the necessary effort, like establishing a good relationship with property owners, booking confirmation, guest communication, scheduling routine maintenance work, managing check-ins, and check-outs, and listing properties on Airbnb and other renting platforms.

How Much Can an Airbnb Property Manager Earn Annually?

Being an Airbnb manager can be very lucrative. The average annual salary can range from $36,000 to $94,000. On an hourly basis, one could earn between $18 to $45 per hour depending on your skills and dedication.

One of the reasons why many people rent an Airbnb property is that it is less expensive than booking a hotel room. Setting a reasonable price for the listing can also increase the likelihood that guests will leave a positive review. This will produce a stimulating effect, which is essential to the successful management of a property.

While having a good list is important, it is not sufficient. In order to compete with others in the industry, Airbnb property managers must actively advertise their Airbnb properties. Using cross-channel marketing is one of the most effective ways to reach more people. Make sure to list your assets on rental sites other than Airbnb. This will significantly increase public awareness and generate more inquiries.

Airbnb property managers must also take advantage of email campaigns. Even when business is slow, this strategy is able to boost occupancy by reaching out to former customers and providing special discounts for them.

Being a manager does not imply that you must do everything yourself. Outsourcing ensures that work is completed even if you are not present to supervise it. You may be too busy to manage your own listing while also trying to figure out how to find a great Airbnb property manager who provides quality short-term rental management services. You should select and collaborate with service providers who are renowned for their adaptability, dependability, and overall knowledge of the Airbnb business. You are more likely to receive a high rating from property management clients if such tasks are completed professionally.

Renting out a property on Airbnb requires a significant time commitment in order to be successful. Make plans to devote some time to the job every day.  Getting a spot on Airbnb requires communication with the host. To reduce the number of time guests spend waiting, you must pay attention to updates and be ready to react at any moment.

The short-term rental market has changed a lot because of Airbnb. Operating an Airbnb property can often provide extra income for hosts, and for those with multiple listings, it can bring in huge annual revenue. Airbnb can also allow property owners and investors to benefit from its wide platform in a variety of other ways. Indeed, this is one business that will not go out of demand for a long time. 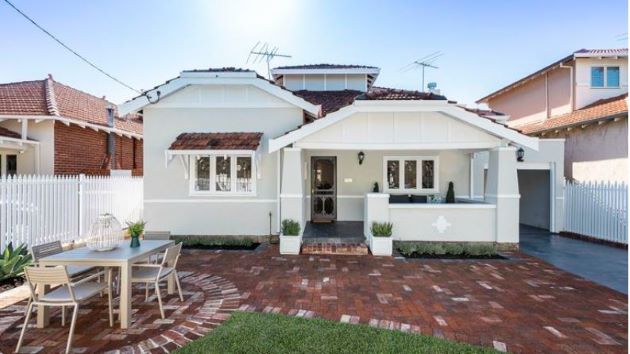 In real estate, the word on the street about the market is as compelling as crunchy data.

“I think this area is on the up”; “My niece scored a bargain there”; “I heard he sold it for less than he wanted…”.

The general vibe in the industry right now is this – the upper hand has switched from sellers, who were riding high prices in a hot market, to buyers, who now have the chance to score a property they love within budget, taking their time and enjoying more choice.

And we have the numbers to back that sentiment up.

These are three sets of digits that prove the advantage in the market is now tipping the way of buyers.

When buyers have greater options, it water downs FOMO and the urge to fight (read: keep on bidding and pay more than your opposition) to win the keys.

Right now, Canberra buyers have a bigger boost in options than anyone in Australia. Listings in the capital have increased almost 20 per cent in the month to March (according to data from the most recent Domain House Price Report, which is crunched quarterly).

Adelaide has had the second biggest jump in listings, followed by Perth.

Clearance rates are down

Clearance rates are still one of the best measures of market performance. The figures reveal how many properties sold that week from those on offer.

In Melbourne, there are two big games in town – auctions and AFL. Melbourne is known as the auction capital of Australia. It’s a popular method of sale and a weekend pastime.

Clearance rates in Melbourne crept upwards between February and March – landing in mid-60s – but are much lower than clearance rates at same time last year (March 2021) and the summer market that closed out the year, where they hit the early to mid-70s.

In Sydney, the clearance rate continues to clock in below 70 per cent (for five months in a row), which suggests a cooling market, according to Domain’s research team.

Canberra’s clearance rate is almost 10 per cent lower than the same time last year, and are sitting a little bit below the 80 per cent-plus clearance rates that defined 2021.

Properties are taking longer to sell

The average number of days that houses are on the market has increased in some capital cities between February and March.

Buyers are biding their time and haggling harder, resulting in some homes remaining on the market for longer in Melbourne, Sydney, Canberra, Brisbane, Darwin, Hobart and Perth.

Only in Adelaide are houses selling ever-so slightly faster than the previous month.

In Melbourne, houses are on the market for a week longer, and it has skipped out by six days for Sydney and the ACT.

Domain measures days on market for private treaty listings (properties going auction have a set campaign of three or four weeks, but private listings linger until a buyer strikes at an acceptable price).

Buyers will see expressions of interest, private sale or even simply “contact agent” on private treaty ads, which means pick up the phone and start negotiating.