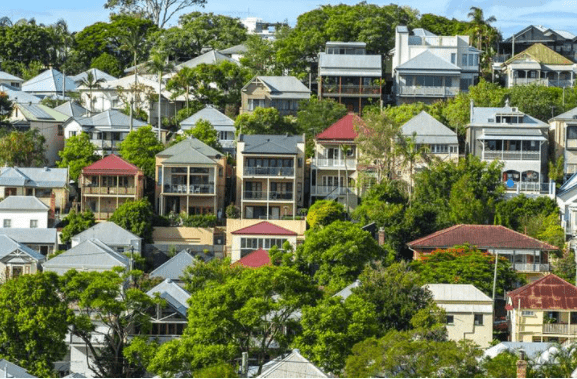 Good things are predicted for the Brisbane real estate market this year. According to Tim Lawless, head of research for CoreLogic RP Data, the Queensland capital is “the city that is showing the most promise for capital gains in 2016”.

And in even better news for property investors, CoreLogic also reported that as of December, Brisbane was offering the highest rental returns of all the capital cities for units, with a median gross yield of 5.3%, and the third-highest for houses after Darwin and Hobart (4.2%).

So which Brisbane suburbs offer the highest rental returns for apartments and houses?

Late last year, CoreLogic released the top 10 suburbs in each capital city for the highest gross rental yields for both houses and units as of September. Brisbane’s top 10 apartment suburbs offered higher returns than Sydney’s, Melbourne’s, Perth’s and Canberra’s, and were on par with all other capitals.

All suburbs were in the Logan City and City of Ipswich local government areas (LGA).

Property investment expert and director of hospotting.com.au, Terry Ryder, believes a lot of Brisbane’s property market momentum is “on the southern side”. Logan, about 25kms south-east of the CBD, is located conveniently close to both Brisbane and the Gold Coast, while Ipswich, around 40kms south-west of the city centre, is a major commercial and industrial town that over time has been subsumed into the Brisbane metro sprawl.

Units are comparatively affordable to buy in all these suburbs, with median prices between around $190,000-$220,000 (though Hillcrest and Boronia Heights are a little more expensive than this).

In Ipswich LGA, the suburb of Bundamba offers a median gross unit rental yield of 7.2% for a median outlay of around $240,000.

If, like many potential tenants, you’re looking for suburbs closer to Brisbane’s centre, there are a few that, despite costing more to buy into than those in Logan or Ipswich, also have encouraging rental return potential.

Brisbane City, Woolloongabba, Graceville and Spring Hill all offer median yields of 6% or more for apartments. The median unit price for these suburbs ranges between around $400,000 (Graceville) and $500,000 (Brisbane City).

For a more affordable alternative, the rejuvenated suburb of Moorooka offers a median unit yield of 5.7% for a median outlay of around $360,000. It lies roughly 8kms south of Brisbane’s CBD.

As with most other capital cities, rental yields are typically less for houses than units. But with Adelaide being the only mainland capital with lower median house prices, Brisbane offers an affordable entry point into the housing market with likely decent returns.

As with apartments, Brisbane’s top 10 suburbs for median house yields are all in the Ipswich or Logan LGAs.