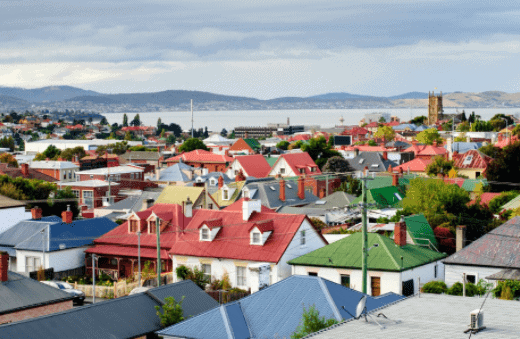 House values increased by $17,000, or 2.4 per cent, nationally over the first quarter of 2022 despite declines in Sydney and Melbourne.

March data from Corelogic shows the national home value index increased by 0.7 per cent in March at a slightly higher rate of growth than the 0.6 per cent increase in February.

Brisbane, Adelaide, Perth and the ACT all experienced stronger growth in house values, while Sydney’s growth rate slowed from 9.3 per cent to 0.3 per cent during the first quarter.

House values in regional areas rose faster (5.1 per cent) than in capital cities (1.5 per cent).

Change in house values by location

“Virtually every capital city and major rest-of-state region has moved through a peak in the trend rate of growth some time last year or earlier this year,” Lawless said.

“The sharpest slowdown has been in Sydney, where housing prices are the most unaffordable, advertised supply is trending higher and sales activity is down over the year.

“There are a few exceptions to the slowdown, with regional South Australia recording a new cyclical high over the March quarter and some momentum returning to the Perth market where the rate of growth is once again trending higher since WA re-opened its borders.”


Lawless said the seachange and treechange phenomena may also explain declines in Australia’s largest capital cities as ABS data showed that the regional population rose by almost 71,000, while the combined capital cities population fell by 26,000, mostly due to a sharp drop in Melbourne.

The net annual house price growth rate fell below 20 per cent for the first time since August 2021, at 18.2 per cent.

Housing turnover in the first quarter was 14.3 per cent lower than the same period in 2021 but still 12.2 per cent above the previous five-year average.

The national level of advertised housing stock is 30 per cent below the previous five-year average for the first four weeks of March 2022 but there are differences when the figure is broken down by capital city.

Melbourne’s total advertised supply was 8 per cent above the previous five-year average for the end of March 2022 but Sydney’s was 7.5 per cent higher than 2021’s figure and 2.6 per cent lower than the five-year average.

Lawless said new listings on the market and increased buyer demand were key.

“With higher inventory levels and less competition, buyers are gradually moving back into the driver’s seat,” Lawless said.

“That means more time to deliberate on their purchase decisions and negotiate on price.”

In Brisbane and Adelaide, advertised housing stock levels stayed more than 40 per cent below the previous five-year average levels and between 20 to 25 per cent down on last year.

Interest rates will ramp up pressure


Capital Economics economist Ben Udy predicted that the slowdown in house price growth will turn into a decline.

“We still expect price growth to slow sharply in 2022 and we think that slowdown will turn to outright declines in the eight capital cities before long,” Udy said.

“We think the RBA will begin hiking interest rates from June [and] that will increase mortgage rates and reduce affordability, which is starting to look stretched.”

CBA head of economics Gareth Aird said that while higher interest rates would affect house prices, there would be a lag.

“The cash rate is forecast to lift in June 2022 because the economy will be at full employment and annual wages growth will be on an accelerating path to the desired level of 3 per cent,” Aird said.

“Stronger wages growth will provide a partial offset to rising interest rates on the property market.

“There is a lagged impact on changes in the cash rate and the impact on home prices and the broader economy so we anticipate that home prices will correct lower over 2023 despite our call for the RBA to be on hold for most of next year.”

Aird also said that the downward trend was an automatic correction after high prices in 2021.

“Price gains in 2021 nationally were extraordinary—21 per cent higher over the year as measured by the eight capital city index,” Aird said.

“A correction lower in dwelling prices is a natural response to rising interest rates given it was record low interest rates that drove the phenomenal lift in prices in 2021.”

New home loans fell by 3.7 per cent month-on-month in February with a decline in owner-occupier housing lending by 4.7 per cent, according to ABS data.

Investor lending is up year-on-year by 55 per cent, with ANZ predicting that rising immigration will support it in the short term.

First home buyer lending continued to decline by 9.7 per cent month-on-month and 29 per cent year-on-year.

Business construction lending declined by 40.2 per cent in February, and is down 9.4 per cent on a year ago.

“Construction-related loans were relatively steady in the month, reconfirming that the post HomeBuilder scheme has run its course and that the steep drop in dwelling approvals in Jan was an omicron-related rogue,” Hassan said.

CBA’s head of economics Gareth Aird said the lending figures showed that there was a downward trend.

“The level of lending is still elevated,” Aird said.

“But the change in lending over the month fits in with a property market that is showing signs of cooling, particularly in Sydney and Melbourne.” 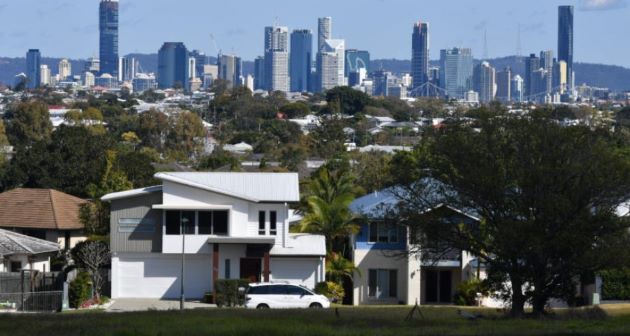