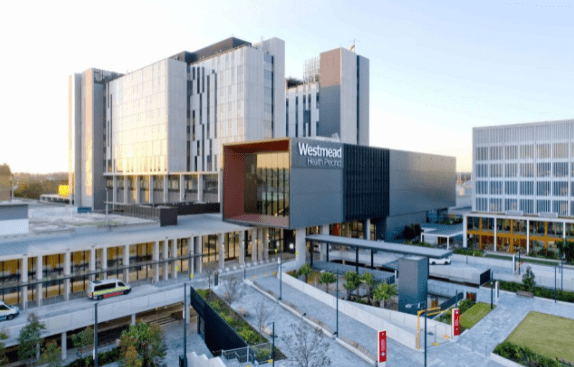 The $5.8-billion Westmead precinct will become one of the largest health, education and research precincts in Australia.

But costing out the long-tail project is no easy feat as materials and labour shortages bite into bottom lines.

The NSW government, universities and the private sector have committed more than $3 billion to the precinct that will span 75 hectares.

More than 400,000sq m of new projects, including four hospitals, four medical research institutes and the largest research intensive pathology service in New South Wales, have been slated for the site.

Altus Group director of cost management Alan Fox, who speak at The Urban Developer’s one-day virtual summit on healthcare property, has been involved in the Westmead Hospital redevelopment from its inception, and said it was a “once-in-a-lifetime” project.

“It’s very hard in terms of cost management, there are a lot of moving parts, and that was probably one of the big lessons learned,” Fox said.

“At the peak we had six different pieces of work at various stages around the precinct.

“We’ve been focused on healthcare for the past 20 years but this is the most significant project we have been involved with.

“It’s one of those projects you only see once in a lifetime … this really sets us apart from other quantity surveying firms, to win a project like that.”

Fox said nailing down costings was difficult with a long-tail project of this scale, but spending time on budgets early on had returned good results for the Altus Group’s team of six staff working solely on the health precinct project.

“A lot of the hard work is establishing budgets at the start for such a long-term project,” he said.

“We’ve really grown in the public healthcare sector, and this project has informed our work going forward.

“We’ve also been engaged as the cost managers for the children’s hospital, which we’re starting to work on early next year … it will be a $620-million project.”

Fox said the materials and labour shortages were being weighed into costings for the children’s hospital redevelopment project, which presented more risk than the earlier projects within the precinct.

The 14-storey building integrates the Westmead Hospital and The Children’s Hospital to include new operating theatres, surgical suites, pharmacy and imaging.

The state government’s vision is for Westmead to become the nation’s premier health and innovation district with leading researchers, entrepreneurs, health workers and students. 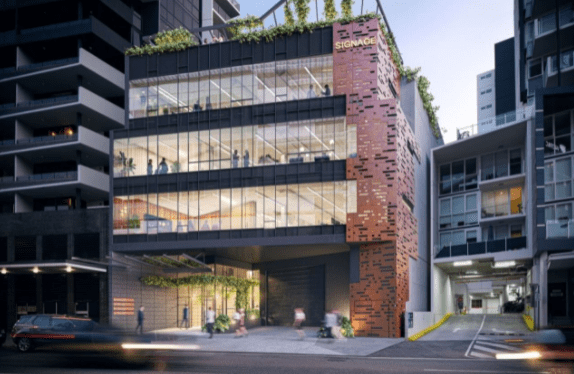 A fully-leased medical office property still under construction has been sold off-market for $26 million in Brisbane, evidence the ravenous appetite for healthcare assets has rolled into 2022.

The Silverstone Developments project at 11 Commercial Road, Newstead is the latest in a string of $260-million worth of transactions in the private developer’s books during the past 18 months, increasingly focused on healthcare developments.

More than two-thirds of the “quasi-medical” office building in Newstead has been leased to i-Med and sold to the John James Foundation.

“As a private developer, those deals where you get in and out, they’re a good outcome,” Daffy said.

“For us it’s opportunistic, where we can acquire land, that might be near an existing healthcare asset, where you might see a large population growth and where it’s lacking in medical assets.

“We’ll secure a large parcel of land. And that’s a strategy that’s worked quite well for us … it’s a long game, but it’s worked well for us. We started doing this about five years ago, and it’s just all coming together (now).

“We’re also taking another approach where we’re trying to align ourselves with medical users. We’ve probably doubled down on both approaches.”

Daffy said some of their developments had started as traditional commercial developments but as Silverstone developed a greater understanding of the value of the medical sector it had honed its approach to developments. 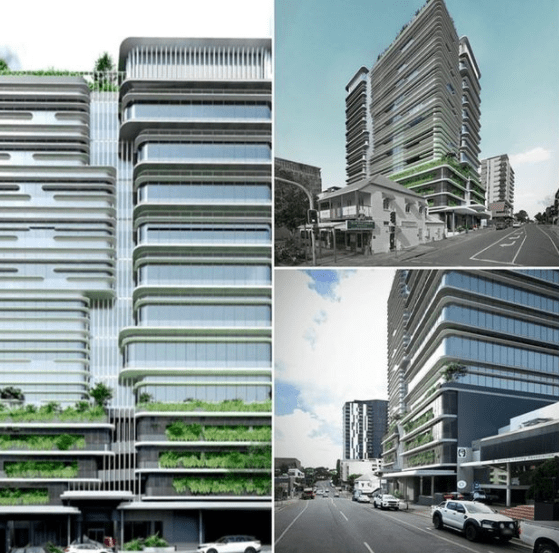 Cushman & Wakefield’s Mike Walsh and Peter Court handled the end-to-end transaction after initially selling the vacant site to Silverstone Developments in 2019 for $2.9 million.

“The sale is further evidence of the well-documented theme of capital seeking a secure, quality-built asset that is well-leased with strong tenure,” Walsh said.

“Combined with the building being brand new and occupying a prime location in Brisbane’s most sought-after mixed-use precinct, John James Foundation moved quickly to secure the opportunity off-market.”

Walsh said the sale price of $12,077 per sq m had been in line with market expectations.

It’s been a busy few months for the south-east Queensland developer with the Spring Hill Day Hospital under construction and now 70 per cent leased, following the 12-year lease agreement with Queensland Fertility Group. This is being delivered on a fund-through arrangement with Dexus.

The developer also lodged plans for a 9000sq m, 12-storey landmark healthcare facility in the Mater Hill precinct on an 1800sq m parcel of land.

Silverstone has tapped a niche market flush with cashed-up institutional investors looking for exposure to higher yields and sticky tenants in the healthcare sector.

The pandemic has highlighted the importance of healthcare property assets and the growing appetite for improved healthcare outcomes for an ageing population.

International superannuation funds have been dipping their toes into the Australian healthcare property market with growing interest in the stable assets and good returns on offer. 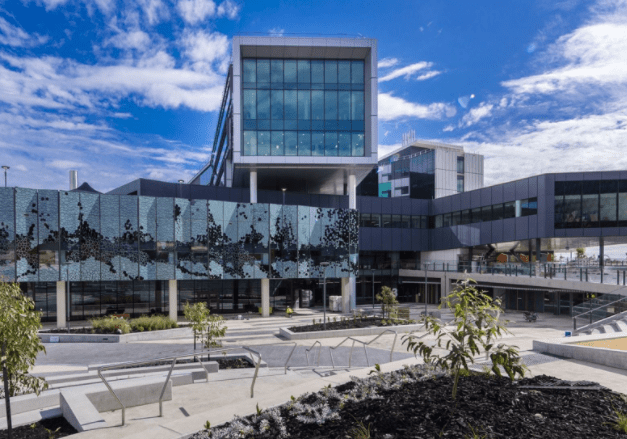 Australia’s ageing population will place pressure on healthcare, but if the numbers don’t stack up, investment won’t flow to the sector.

However, the returns from the sector warrant such investment, as Real Capital Analytics head of analytics Benjamin Martin-Henry explains in this TUD Plus Briefing taken from The Urban Developer’s Healthcare Property vSummit.

Martin-Henry said that between 1980 and 2020, the proportion of the population aged over 85 had doubled, from 1 per cent to 2 per cent, and this was forecast to be double again by 2066.

“What that means, of course, is that we’re going to need more healthcare—it’s just a fact of life that as you get older, you tend to have to visit the doctor a bit more, you need more check-ups, you need more operations, you need more drugs or whatever,” he said.

“And if a larger proportion of our population is living longer, we are going to need more medical centres.

“Investors know that we need these kinds of things, and they are increasing their allocations.

“But they also get good returns out of it, they get good performance out of it.

“So, it’s not just a social thing that we’re seeing with investors getting into the health care sector.”

Funds Turn to Health Precincts in Hunt for Returns 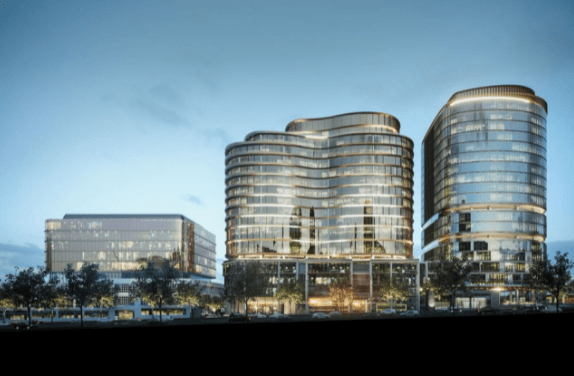 Some of Australia’s biggest healthcare property funds are turning to medical precinct development as yields soften and the market grows increasingly competitive.

“We think there’s an opportunity to move into development,” Websdale said.

“We have a $16-billion development pipeline and a skill set to deliver very complex precincts … that’s a space we really like and that is a point of differentiation for us.

“For us the opportunity is very much development-led, buying real estate on the market at the moment is very competitive … and while we’ll continue to look at doing that we think there is an opportunity to move into that development space.”

Australian Unity head of property Chris Smith said the property fund had acquired some sites in “key precincts” to add to its healthcare portfolio but had been pursuing a develop and hold strategy more recently.

“Over the years we’ve built up our land bank as well,” Smith said.

“We’re quietly developing our own product, so we’re not buying as much on market.

“We tend to be getting a stronger yield that way and we just continue along that vein, trying to stick to our 60 to 70 per cent hospitals [asset split] and mainly along the eastern seaboard.”

The “precinct megatrend” is one that will continue to influence healthcare property assets into the future, according to Northwest Healthcare Properties senior vice president of precincts Alex Belcastro.

“There’s a growing understanding that building precinct advantage in the public and private sectors and also universities through research is a key focus.

“That’s certainly an area where we’re seeing significant opportunity for the public and the private sector to come together.

“It’s a great time for healthcare globally and there’s no doubt that there needs to be a level of sophistication from investors as well.”

Northwest acquired a 50 per cent stake in Epworth at Geelong earlier this year, which includes land around the site. Belcastro said they would be looking to “build out the precinct” and agglomerate other sites for precinct development.