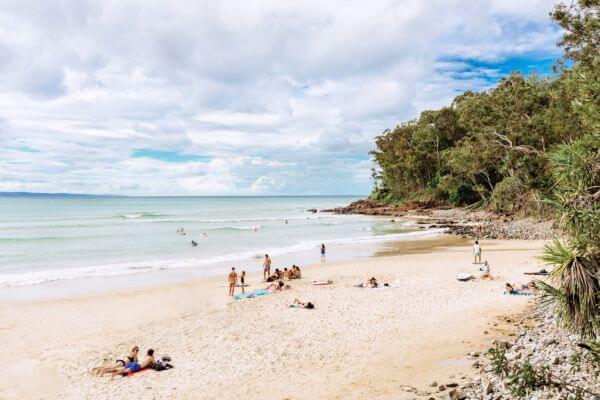 In a recent article for the Australian literary journal Quadrant, architectural historian Philip Drew wrote that most of us, at some time, had toyed with the fantasy of “swapping a stressful city existence for a sensual carefree existence close to the surf”.

According to ABS data, more than 80 per cent of the population lives within 50 kilometres of the coast, making us one of the world’s most urbanised coastal dwelling populations. But, of course, only a lucky few can lay claim to a beachside dwelling – a home within easy walking distance of sand and surf. 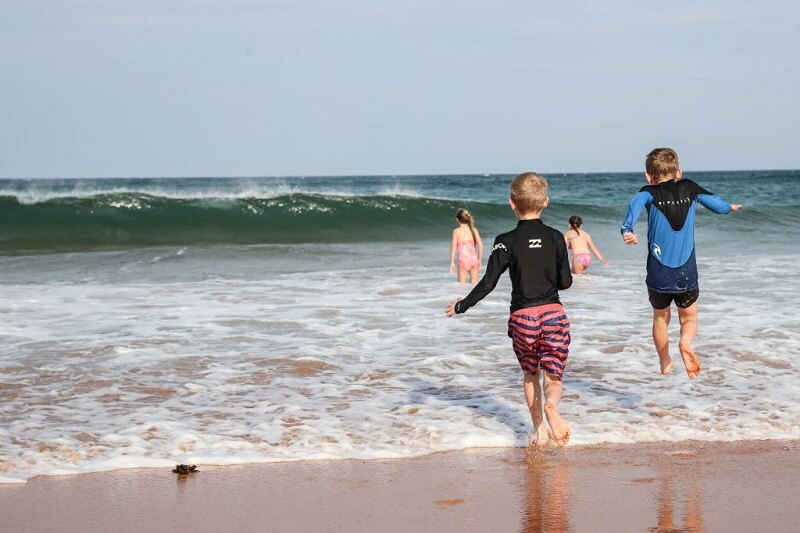 “[You can] take the kids, the dogs and boogie boards, eat fish and chips and stay for the day,” she says. “Nearly everyone has childhood memories of holidays at the beach and now they have families of their own and they want them to experience it too.”

Stockland senior development manager Matt Patullo says a visit to the beach always leaves him in a good frame of mind.

“It’s such a beautiful thing to live next to,” he says. “Living near the beach promotes physical activity and general well-being in addition to the benefit of having a beautiful environment in which to spend quality time with family and friends.” 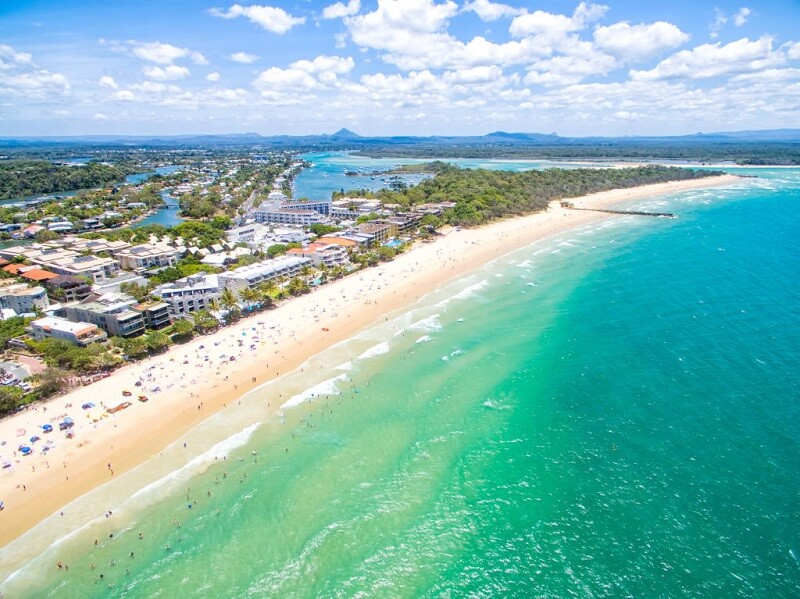 Lindner says most of her clients are keen to live on or close to the beach, and/or have water views.

“Particularly expats or retiree clients who want to walk to the beach, be it from a unit or a house, and they have the funds to purchase them,” she says.

Lindner says the Sunshine Coast offers 60 kilometres of pristine beaches, stretching north from Caloundra to Noosa. “[We’ve got] surf beaches, calm beaches, walking beaches and dog beaches,” she says. “There’s something to suit everyone both in style and budget.” 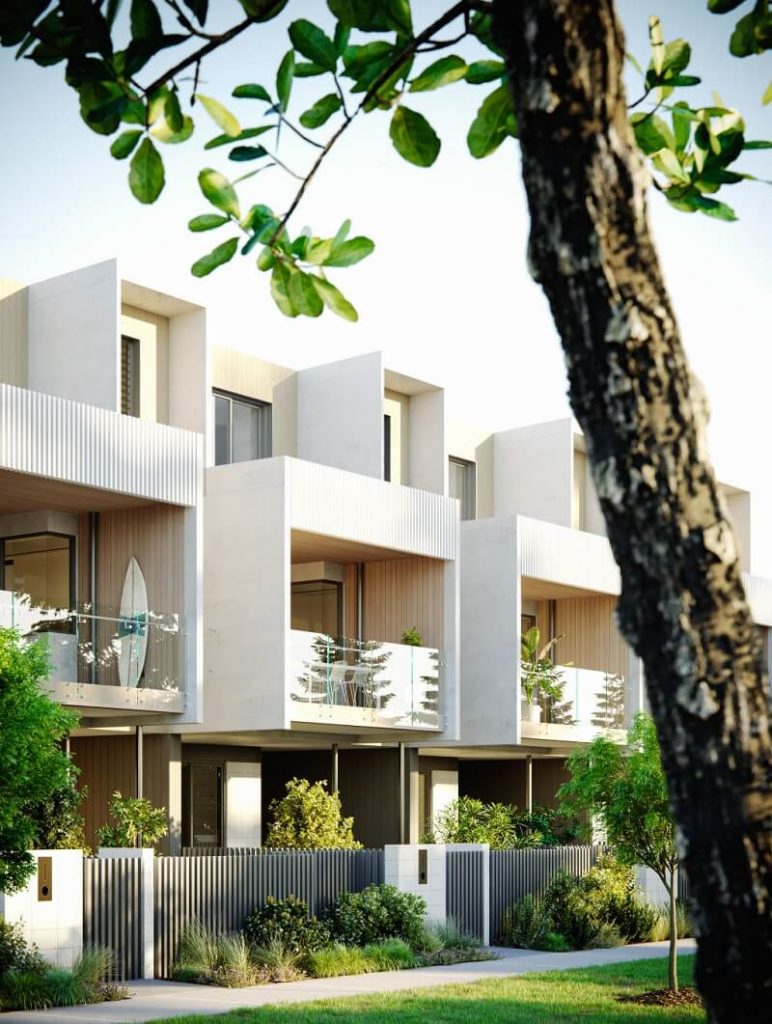 Stockland’s Bokarina Beach is a case in point with about one-third of the current release of 35 beach homes already sold. Set a 400-metre walk from the beach with lake and park views, the homes have been designed by Ellivo with high-quality finishes and a coastal aesthetic.

Patullo says the employment opportunities offered by the new Sunshine Coast University Hospital and Stockland Birtinya Shopping Centre are almost as compelling a drawcard as the gorgeous beachside location. 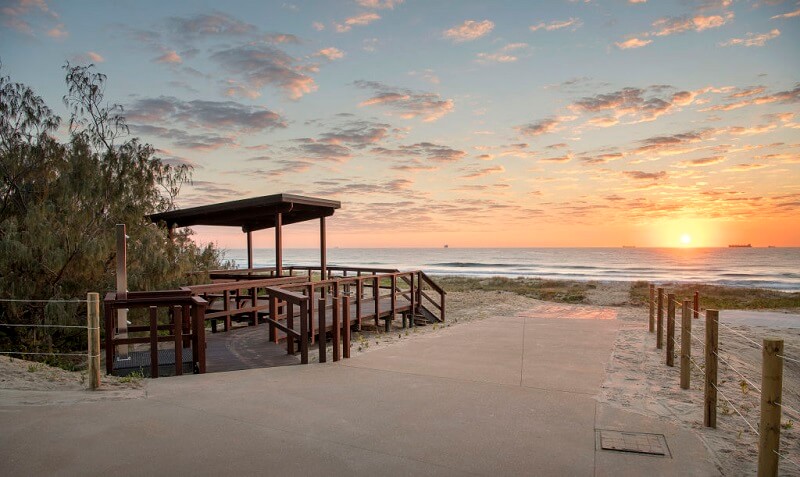 “There’s not many locations where you can live affordably within proximity to beautiful beaches and be close to employment,” he says. “It’s a really unique proposition before you even start talking about the homes themselves.”

Patullo says the strong appetite for beachside homes has Stockland very optimistic about the next stage of releases at Bokarina Beach.

“This is one of the last releases [of beachfront land in the Sunshine Coast] of such a scale and it’s a unique opportunity to really craft an amazing community,” he says. “You’ve got access to jobs, lifestyle, beaches, entertainment and leisure precincts which are key in nurturing a highly liveable and thriving community.”

With a limit to the number of beachside properties available both now and in future coastal development around the country, it’s little wonder established properties are slow to change hands and often claim record prices and bold headlines.

As Philip Drew concludes in his book The Coast Dwellers: Australians Living on the Edge, “it is the coast, not the central heart of the continent, that has shaped the Australian identity”. 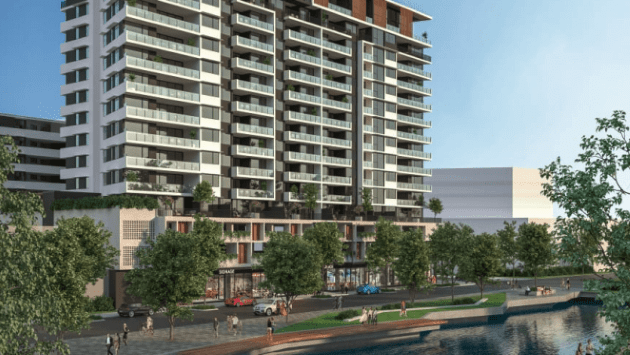 The new $94 million development The Corso will bring 158 apartments to the heart of the growing Sunshine Coast hub at 20 South Sea Islander Way.

The Corso is Habitat’s second Maroochydore project, a rare opportunity as the only residential apartment building within the new Maroochydore City Centre that’s currently for sale.

Following an open plan layout, the one, two and three-bedroom apartments feature stainless steel appliances, 40mm stone benchtops and kitchen islands, as well as floating vanities in the bathroom.

Along with ocean and hinterland views from the apartments, residents will also benefit from extensive onsite amenity, which includes a large resort-style pool, integrated barbecue facilities, a vast private garden terrace and an exclusive resident’s dining room and lounge.

Construction is expected to kick off in June, with completion slated for mid 2024.

“The response from the market since launching has been phenomenal with an overwhelming number of enquiries resulting in sales across all product types from 1 bed units right through to Premier Penthouse Units at over $2 million,” Cochrane said.

“We’re excited to be commencing construction at The Corso in the comings weeks, further strengthening our commitment to the Sunshine Coast and supporting local trades and suppliers.

Founded in 2005, Habitat is a leading Sunshine Coast- based property development company that specialises in the residential sector.

The group previously sold out their $83 million Maroochydore project Market Lane, with The Corso expected to follow suite.

The team are hoping to have development approval for their 200-apartment St Claire development in Birtinya in the next few months.

Everyone’s a winner: Property market where it’s almost impossible for sellers to lose 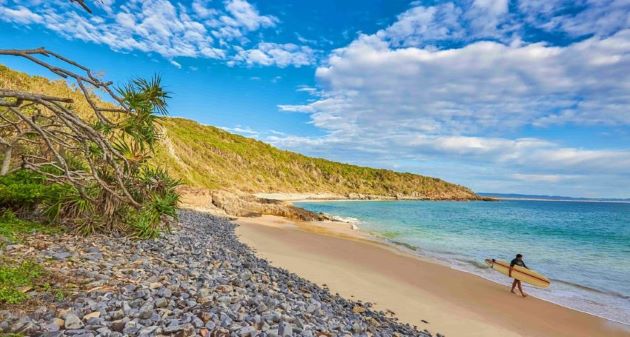 Home sellers were delivered huge profits of a median $319,000 in the December quarter, according to CoreLogic.

The Pain and Gain survey showed that coastal regions were more likely to generate profits and on the Sunshine Coast it was almost impossible to lose with 99.5 per cent of sales achieving a nominal gain.

Regional Australia had a higher rate of profit than Australia’s combined capitals at 94 per cent versus 93.7 per cent, respectively.

CoreLogic’s head of research Eliza Owen Investors said investors had a lower incidence of profitability (91.4 per cent) than owner occupier sellers (96.7 per cent). This was likely to be because of the higher incidence of unit ownership among investors.

The report analysed approximately 133,000 resales of property that occurred over the course of the December 2021 quarter, a significant uplift from the 99,000 dwelling resale transactions during the September quarter, which coincided with lockdown restrictions in many parts of the country.

The national median nominal gain was $319,000 with total resale profits of $38 billion over the December quarter. The median loss was $34,000. 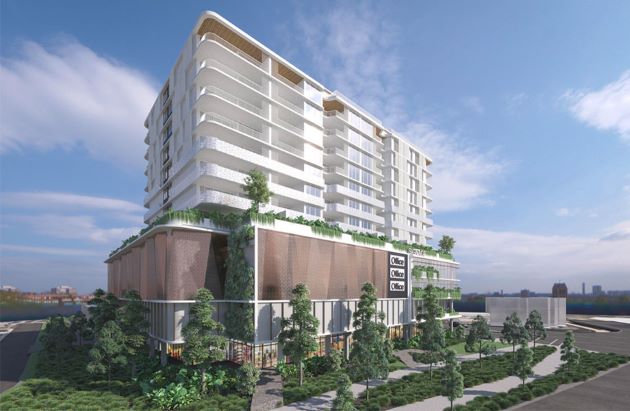 Development applications for the Sunshine Coast’s new greenfield $2-billion CBD are continuing to flood in, with a mixed-use tower on a 3500sq m site on its northern edge the latest.

The 13-storey development has been put forward by Capital 22, a private entity headed by commercial property lawyer and SunCentral secretary John Gallagher.

The site is currently occupied by two retail centres—Neighbours Aid and Salvation Army Family Store—and is next to Bob Jane T-Marts.

Capital 22’s proposed project, designed by Cottee Parker, will include three levels of office space and parking for 250 cars across the building’s three-level podium as well as a communal area with a pool and terrace on the fifth level.

It will offer 100 apartments in two- and three-bedroom configurations which the developer plans to release as a mix of short- and long-term accommodation.

The under construction CBD will eventually offer 68,000sq m of commercial space and 25,900sq m of retail floorspace along with 1400 residential apartments across a number of precincts.

The project, which Walker claimed was “the single most sophisticated contribution to the commercial office market” on the Sunshine Coast, has been designed by Cox Architecture and will hold a 5-Star Green Star Rating.

Meanwhile, Pro-Invest Group is adding motel and retail space to the CBD in a bid to capitalise on the growing number of corporate professionals living in and visiting the region.

Its planned Holiday Inn Express and Suites on First Ave will have 180 guest rooms, a rooftop swimming pool, bar and dining venue along with parking, retailers and conference facilities.