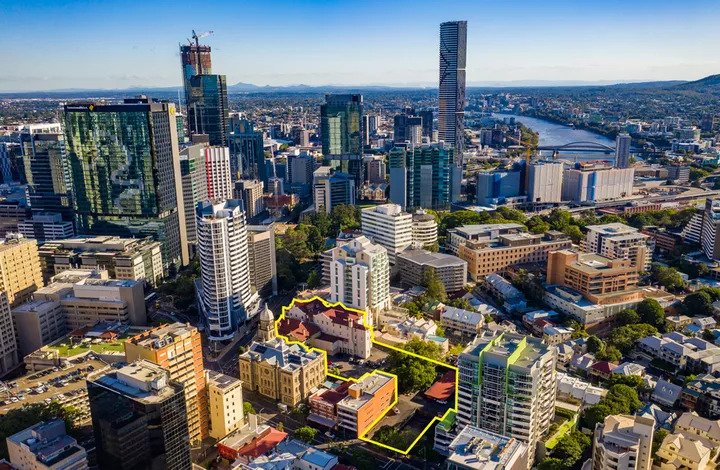 As part of its asset optimisation strategy, the United Service Club of Queensland has decided to bring to market a 5,690sq m property overlooking the Brisbane CBD.

Prominently positioned with frontage to Wickham Terrace, Upper Edward and Berry Streets in Spring Hill, just two kilometres north of the city, the property at 183 Wickham Terrace has benefited from the recent Spring Hill plan, allowing development of up to 30-storeys on site.

According to Savills director Robert Dunne, who is marketing the asset along with Will Carman, initial town planning advice suggests a project of up to 50,000sq m over 30 levels could be accommodated on the greater site.

“The United Service Club of Queensland has decided to take advantage of the uplift of the under-utilised asset, with the club continuing to operate and own the portion of the property they currently occupy.

“Demand for accommodation, hotel, commercial and build-to-rent projects are likely to benefit from being so close to the Brisbane Central train station, the popular Roma Street Parklands and the expanded Roma St train station precinct as well as the broader amenity and facility of the Brisbane CBD,” Dunne said.

The club aims to maximise the development potential of the high quality, heritage setting of the asset while incorporating best practice, ecologically-sustainable development initiatives.

Possible development or improvement opportunities are almost limitless, from hotel-type accommodation, serviced apartments for short or long-term hire, gym and fitness facilities, open space in the form of gardens or a park or conference facilities—as well as the potential to contribute to redevelopment projects in the club’s existing buildings.

The United Service Club of Queensland has a long and distinguished history as a private members’ club in Brisbane. Founded in 1892, the organisation is revered both for its exceptional member services and broader contribution to the community. 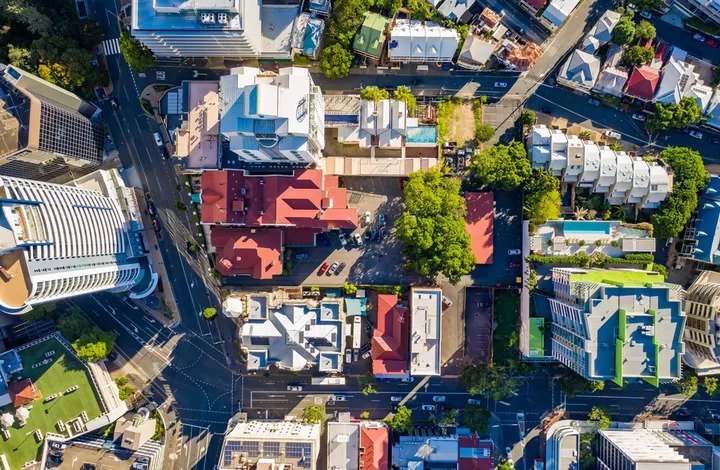 “In pursuing our goals of enhancing the membership experience and our community interests, the club has determined to offer to the market a portion of its land as part of its asset optimisation strategy,” a USCQ spokesperson said.

“USCQ is finalising the preparation of a packaged development proposal model that will complement the club’s values and support its vision”.

The United Service Club of Queensland consists of two Claude William Chambers-designed buildings over an area of 2,400sq m, comprising the 1907-built Green House and a masonry structure known as Montpelier, built around 1910 on the site of an earlier three-storey masonry structure.

The United Service Club Queensland purchased the properties in 1946 and following internal alterations opened in May 1947. It includes a members’ bar, dining room, 17 guest bedrooms, six function rooms and a bottle shop and cellar area.

The property includes a large parking area to the rear and 134 car spaces, with vehicular access from Berry and Upper Edward Streets.

Savills’ Dunne said the property is located within a principal centre (city centre) zone and is further contained within the city centre expansion precinct of the Spring Hill Neighbourhood Plan.

“The purpose of the principal centre zone is to provide for a large variety of uses and activities—including, for example, administrative, business, community, cultural, entertainment, professional, residential or retail activities—to form the core of an urban area and service the local government area,” Dunne said.

Serviced by regular buses and a number of train stations, Spring Hill has strong connectivity to the CBD and wider Brisbane region.

Spring Hill has a population of approximately 6,063 residents, predominantly comprising independent youth. The median house price as at March 2020 is $883,000, with a median rent of $460 per week, and demands well above the Queensland average.