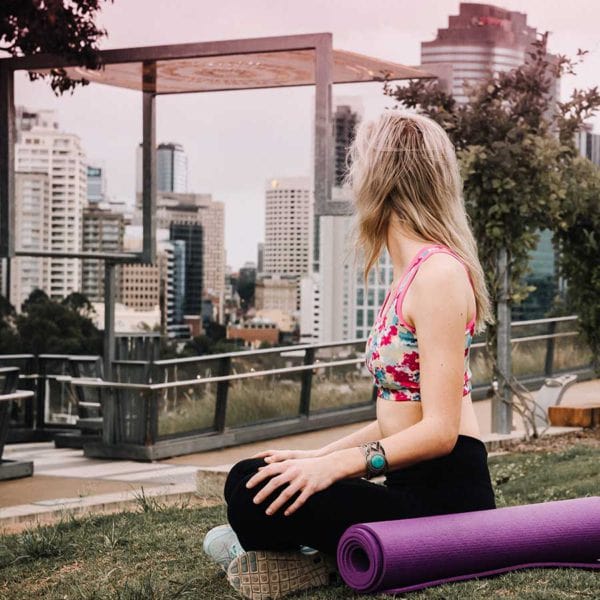 There is always a lot of attention on Sydney and Melbourne’s affluent areas and property markets, but what about the wealthy Australians in Brisbane?

Where do they live?

Brisbane’s property market were very resilient during the challenges of 2020 and now Brisbane housing values are going gangbusters.

The recent increase has pushed dwelling values to a new record high for the area.

With median prices in Brisbane, at around $520,00, being far less than those in Sydney or Melbourne the ‘affordability factor’ of lower property prices is driving more investment into the area and more interest from highest-earners who are able to get more bang for their buck.

Unfortunately Queensland postcodes didn’t feature on the ATO’s recent top 10 suburb rich list, but there is an abundance of wealthy residents and high priced properties, so with the help of realestate.com.au, Domain Group and census data, I’ve put together my own list of exclusive areas where Brisbane’s richest call home and then I’ll reveal the top 10 Brisbane streets. 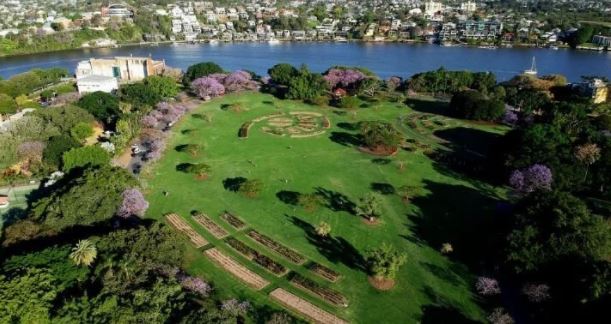 According to Corelogic data, the Inner Brisbane suburb of Teneriffe has the highest median house price of any area across the Queensland capital.

Despite being an industrial town in the past, the proximity to the city and riverside views has made it ideal for affluent, young Australians with average ages of just 20-39 and median annual incomes of $127,972.

With few houses in this inner city location, the median house price comes in at a whopping $1,962 million.

However, even units in Teneriffe are more expensive than the rest of Brisbane with a median of $570,000.

The exclusive suburb of Chandler is a high-demand market with an impressive median property price of $1.6 million to match its median resident income of $128,752 per year.

The peaceful and secluded semi-rural suburb consists largely of bushland and residential properties on acreage and is close to Brisbane’s major commercial precincts of Carindale and Capalaba and the CBD is just 20 minutes away.

Builmba’s leafy streets and large blocks attract the Queenslanders able to spend big on impressive houses and an elegant lifestyle.

Sitting just 4km from the city and with all the amenities you could ever need, Bulimba is popular with young and established professionals.

Bulimba houses are seeing an impressive amount of interest with an average of 432 visits per property listing, way about the state average of 374.

With its close proximity to the city and gorgeous waterfront cottages, Bulimba has a median house value of $1,31 million and residents earn an average $126,516 per year.

Despite a slightly lower median resident income of $98,488, Hamilton houses alone have grown 9% over the last five years to a median of $1.48 million.

The affluent and upscale postcode is popular for riverside high-end dining and a hip weekend food market with live gigs attracting a young average resident age of 20-39.

Once the humble home of immigrants and workers, New Farm is now popular and low maintenance living for people who like food, fun and farmer’s markets right on their doorstep.

Thanks to the increasing desirability of the area, New Farm has enjoyed an enormous 442% price growth in its property in the last 20 years as some of Brisbane’s high-income earners flock to take advantage of the exclusive lifestyle.

Like Bulimba, property demand in New Farm is strong, with realestate.com.au recording 674 visits per property for listings in the area, nearly double the Queensland average of 374.

Here are the top 10 most expensive streets in Brisbane. 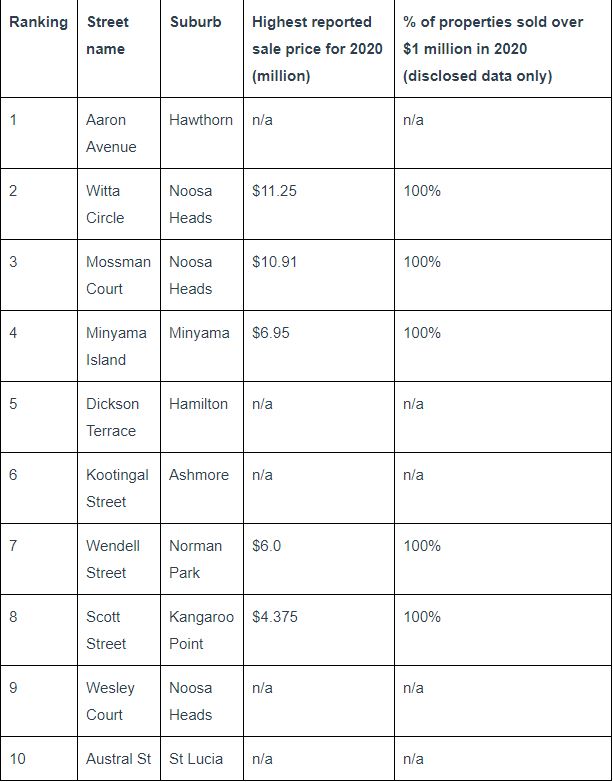